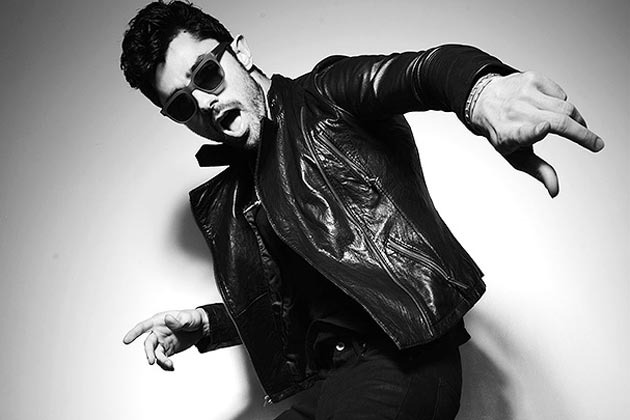 Niles Hollowell-Dhar (born 6 October 1988), better known by his stage name KSHMR (pronounced "Kashmir"; stylized KSH??), is an Kashmiri-American EDM producer from Berkeley, California. His stage name as well as his 2014 song of the same name are based on Kashmir, a province of India which is often called "paradise on earth". KSHMR has been producing electronic music under his own alias following David "Campa" Singer-Vine's departure from the duo The Cataracs in 2014. He debuted at #23 on DJ Magazine's Top 100 DJs of 2015, earning him an award for the highest new entry of the year. In 2014, Niles "Cyranizzy" Hollowell-Dhar started making electro house music under the alias of KSHMR.[2] Under this name, he has charted on Beatport. KSHMR collaborations notably include Firebeatz, R3hab, Tiësto, Carnage, Timmy Trumpet and DallasK. KSHMR released his first single "Megalodon" on February 24, 2014 on Spinnin' Records. A KSHMR & R3hab collaboration resulted in the single "Karate" that charted in SNEP, the official French Singles Chart in March 2015. Most of KSHMR's songs are released under Spinnin' Records. KSHMR started raising attention when his single "Burn", a collaboration with DallasK, debuted reached the Top 40 chart on Beatport then eventually reached #1. The song has been released through 3 labels: Revealed Recordings, Spinnin' Records, and Ultra Records. Niles finally revealed himself at Ultra Music Festival 2015 and was introduced by Tiësto himself. His newest song, "Secrets", a collaboration with Tiësto and Vassy[2] was a huge EDM hit, streaming through buzz charts, and reaching the top of the Beatport Chart. KSHMR had a number of other Beatport hits, such as "No Heroes", "Burn", "Secrets", "Dead Mans Hand", "Kashmir", "Dogs", "Karate", "It Feels (KSHMR Remix)" and "JAMMU". In June 2015, KSHMR announced he would host with Spinnin Records a remix contest for his track "JAMMU —the first prize being a collaboration with KSHMR on a new track. The contest was held on Spinnin Records' Talent Pool platform and the first place went to KYFRA, who won the collaboration with KSHMR. In July 2015, KSHMR released his highly anticipated debut sound pack exclusively with Splice Sounds After the contest, KSHMR announced his first live performance,[5] at the Fonda Theater, Los Angeles. The show took place on 19th September 2015